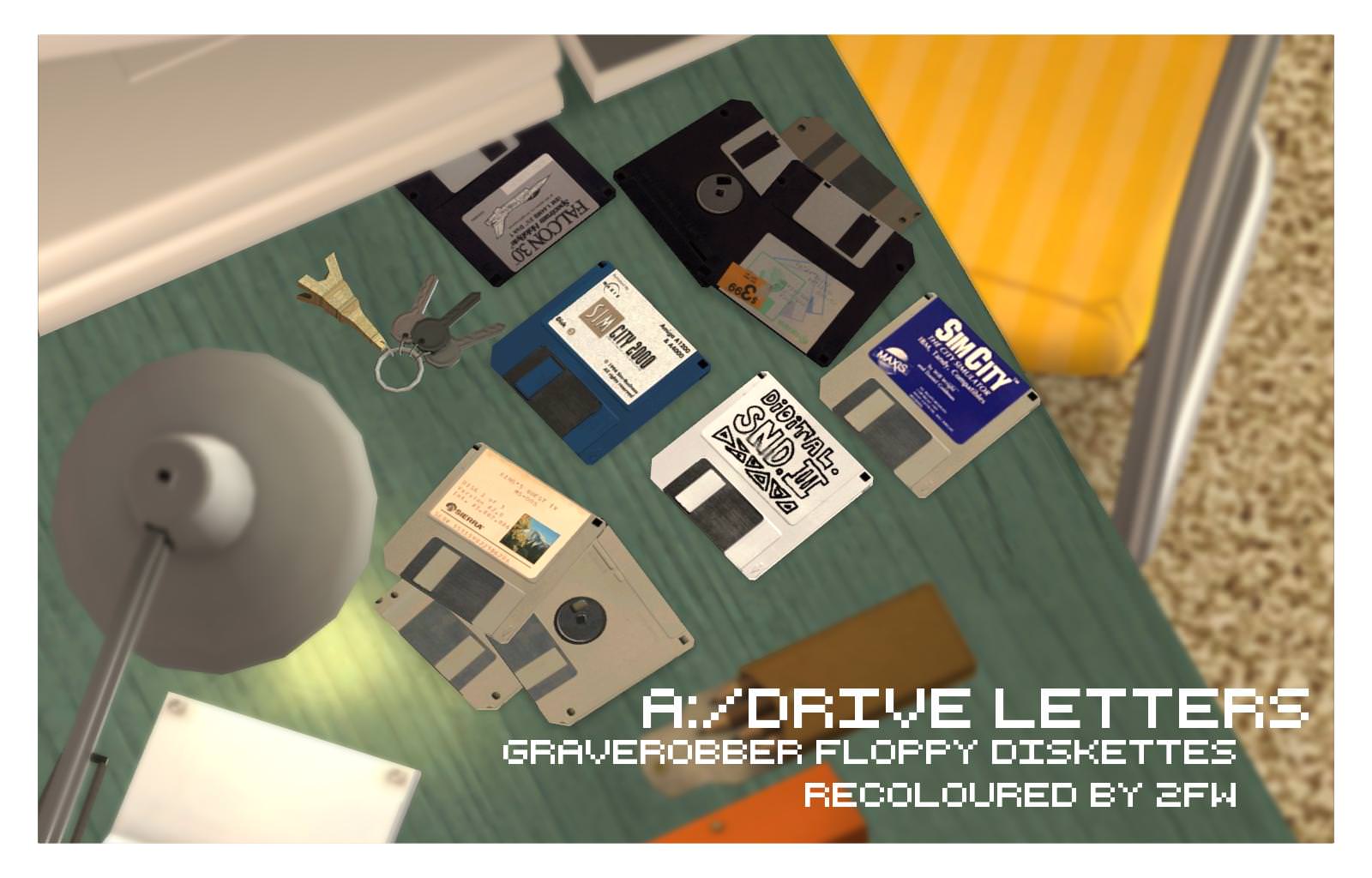 Everyone remembers these bad boys! Pop it in, it makes terrifying sounds, and your data is safe from everything but a fridge magnet and a grubby toddler. I worked so, so hard on this. You guys have no idea. I had to sit on Ebay and Google Images for hours just to collect the exact images, in high enough resolution and good enough quality, for weeks. It wasn't as easy as just looking some of these titles up, either. I'm just super proud of this, because it's almost one of the hardest texture jobs I've ever done on an object. It looks normal, but unlike the VHS tapes, nobody really cares about taking high-quality images of floppies. A lot of these had to be retouched by me in GIMP and that was not easy. Some things had to be hidden under stickers, scribbles, or tears in the label paper.

I really hope that y'all appreciate this project because it's from a deep part inside of my childhood. Nothing beat standing in the elementary school library at lunch recess and flipping through the floppy holders until I found the game I wanted, or the librarian signing it out so I could take it home to my crapfest of a Compaq and make a copy for myself.

I remember handing in an important, lengthy written report on one of these bad boys as a challenge to a dickish teacher who said we could hand it in on "anything except a stone slab." The teacher in question stared me down, opened a desk drawer, and grabbed a USB floppy drive before sticking my floppy disk in, completely without saying a word. That dude was relentlessly prepared for any situation. What I'm saying is that, you can probably find one of these suckers still able to run its software perfectly in 50 years and some random person will have a drive to prove it. It will probably be that man. 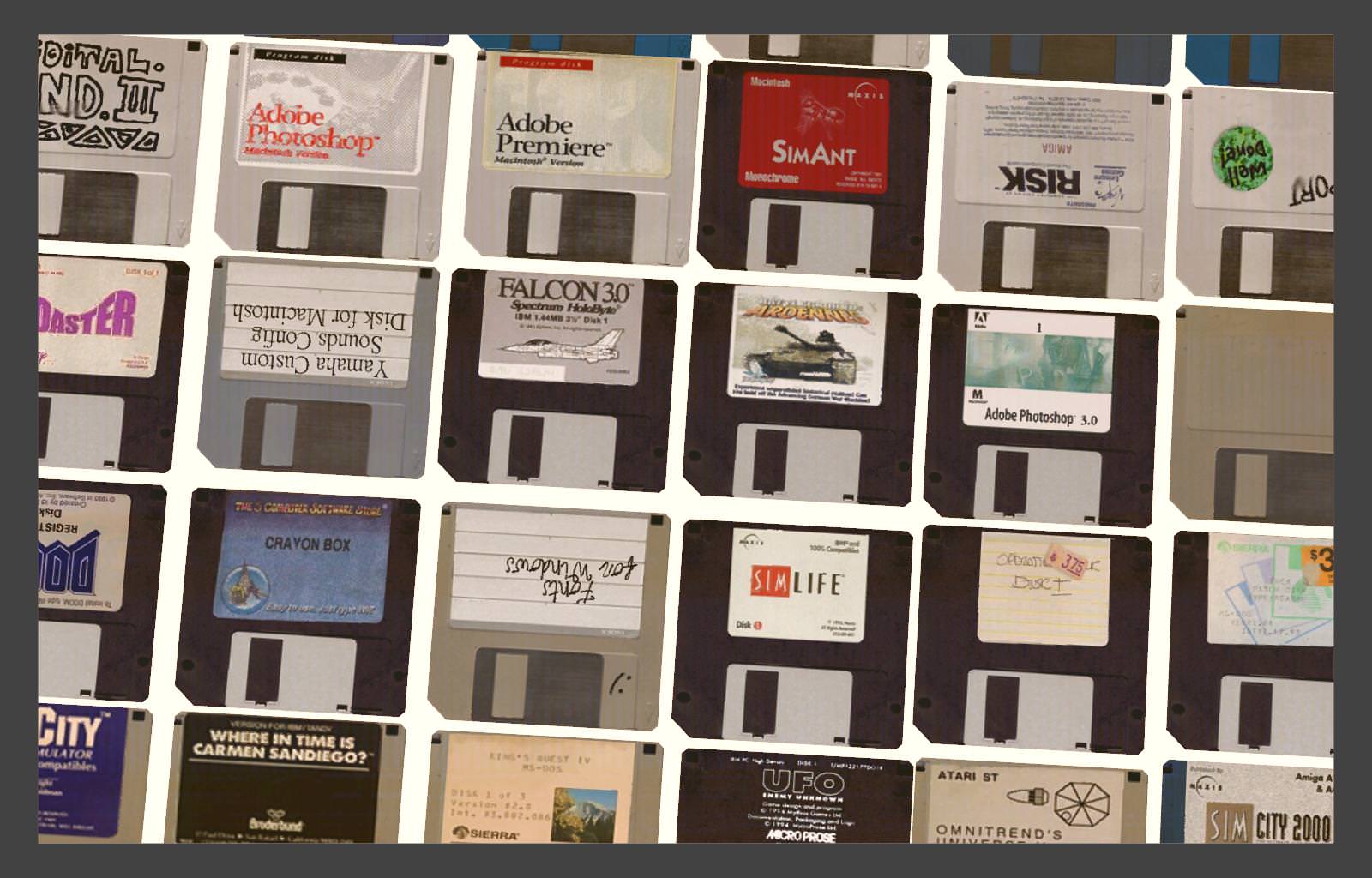 Well, I made you a bunch of recolours using Graverobber's floppy diskettes! Years ago, this was my main form of data saving. (Actually, it was up until about ten or eleven years ago... hm.) CD was great and all, but floppies? Floppies were dirt cheap, and easy to use. Great, right? 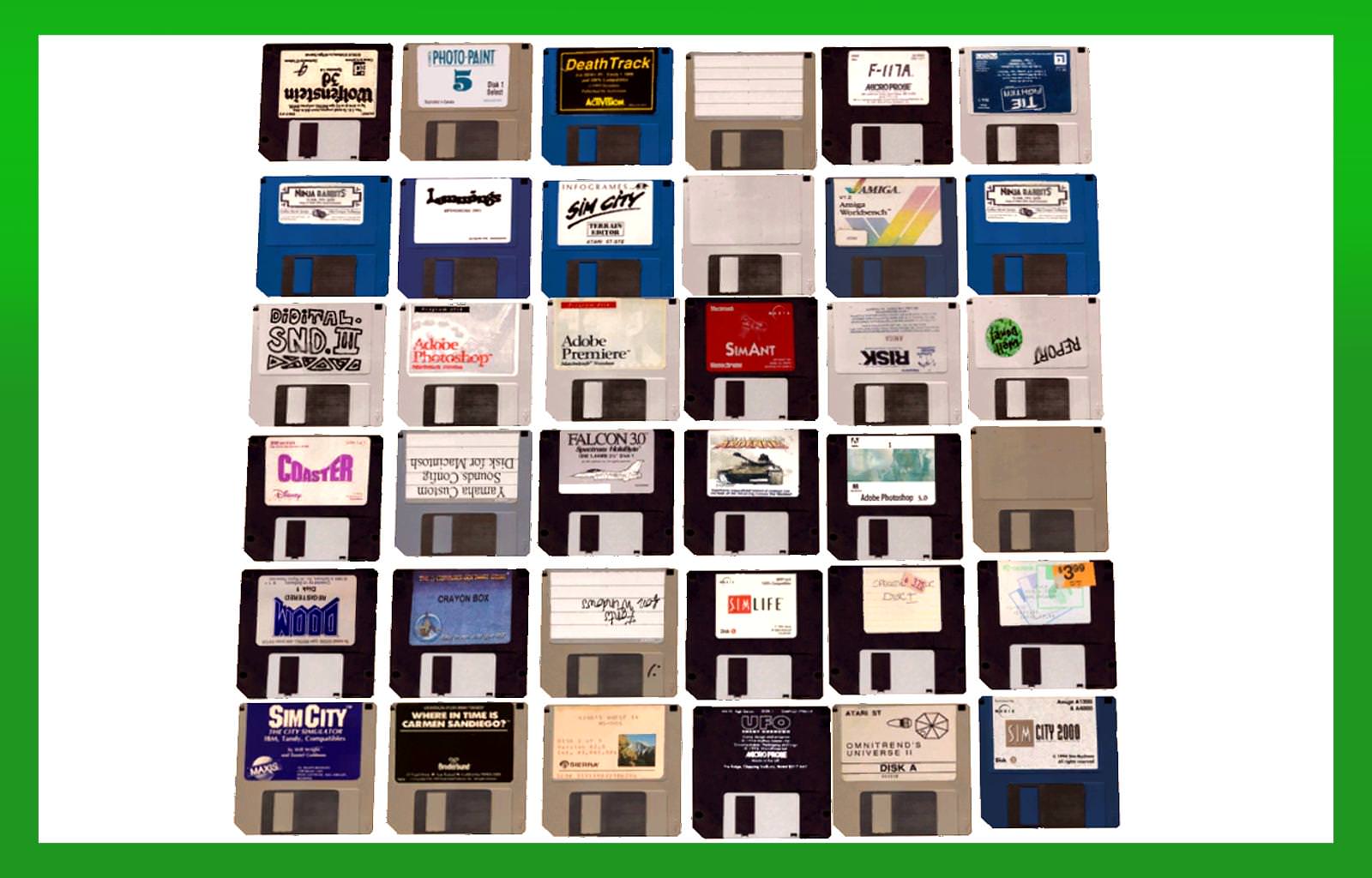 You get a bunch of dull titles for many different systems. Macintosh Premiere, Yamaha Keyboard Sound Software, Risk for Amiga, some blank disks, and Windows font stuff. Just kidding - you also get games. LOTS OF GAMES. IBM Falcon 3.0 was a favourite. SimAnt, SimLife, SimCity, Disney Coaster, TIE Fighter, UFO... the list goes on!

Please consider chucking some spare change my way on PayPal to help with my medication costs.
Collapse