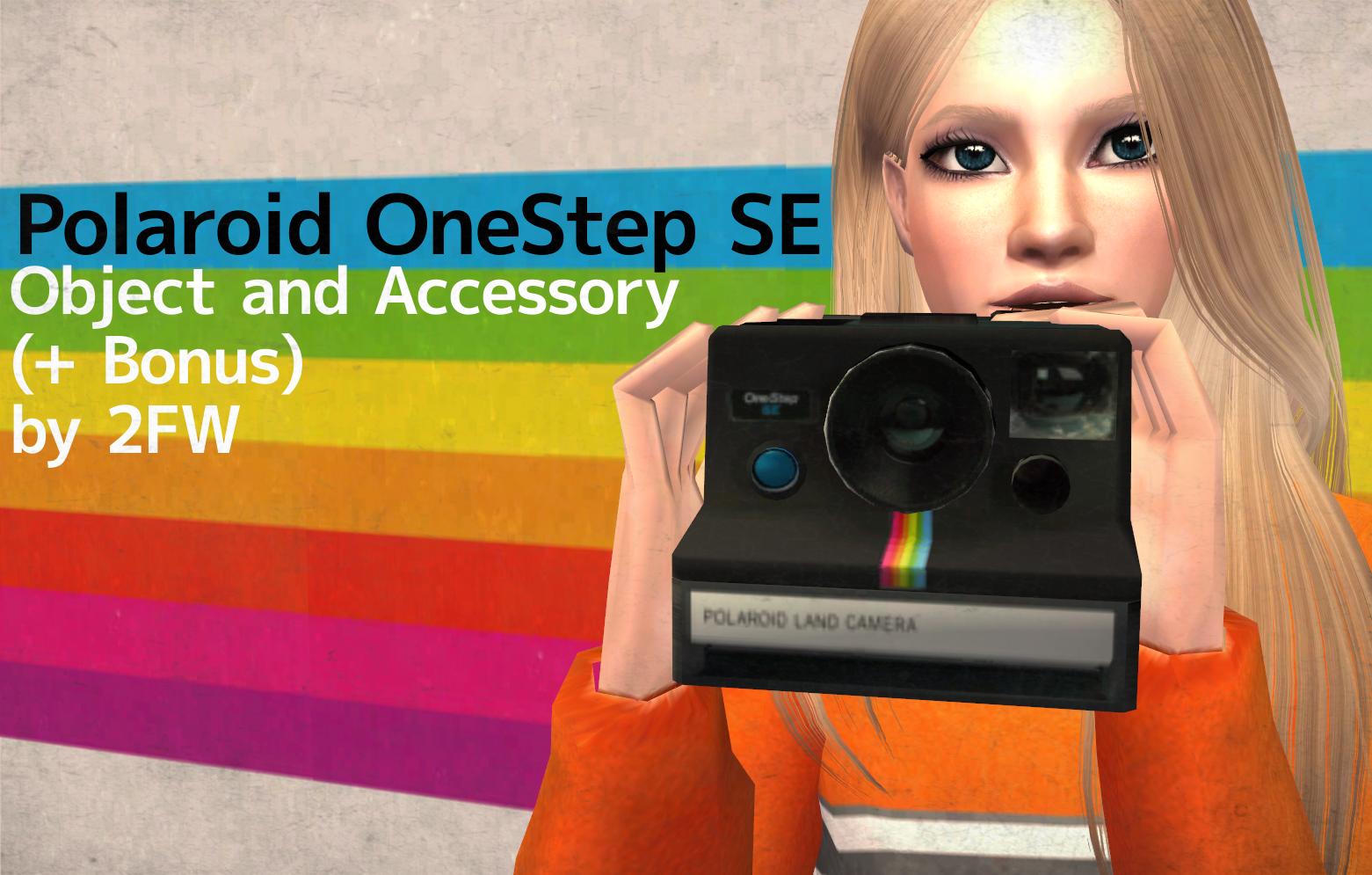 This upload is dedicated to the ever-beautiful

lovelacing as part of his Christmas presents. It's a 1976 Polaroid Land Camera OneStep SE for your sims, as an accessory or an object. The accessory was made by the lovely Lovelacing, and you can get that here. 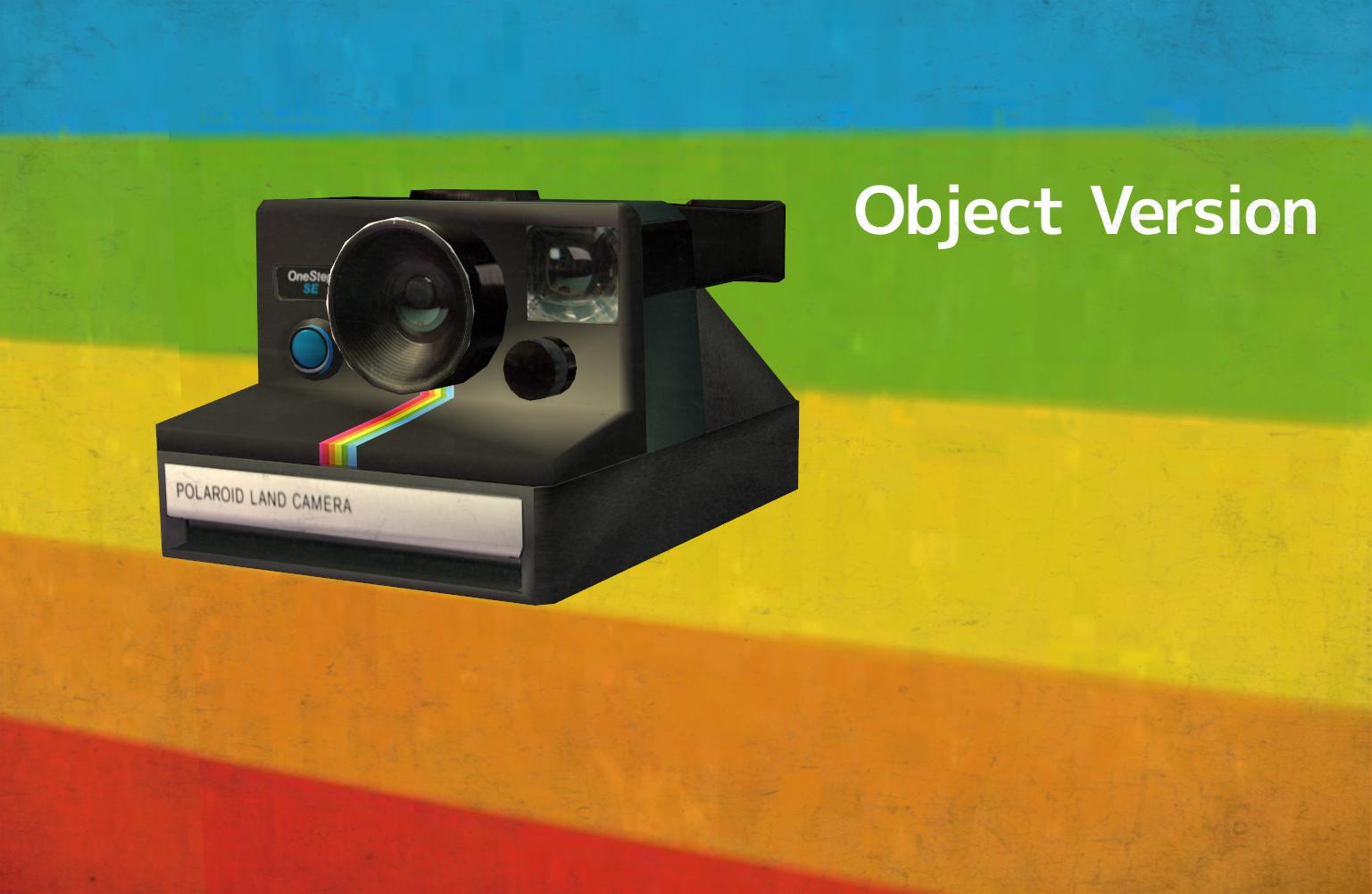 Download here! Object mesh is included. Accessory mesh is not included - get the fabulous here. You'll also want to get the overlay posebox. 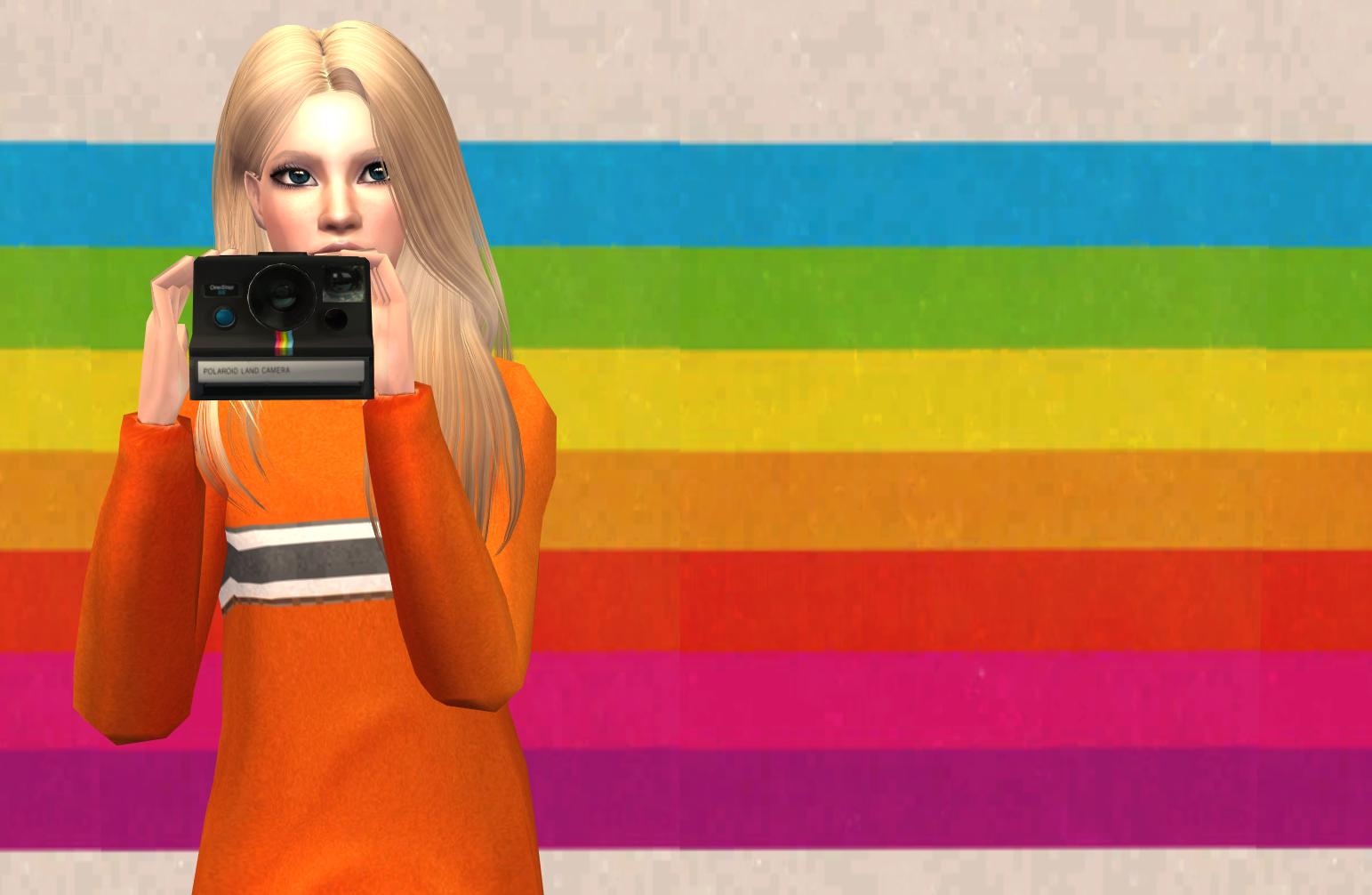 And now for my own personal knowledge-bits to bore you to death with: The OneStep line was also known as the "Integral Film" or "non-folding" line by official Polaroid documents. The major difference between the original and the SE was... nothing! The SE was simply a re-release with a slightly different shell and flash, in a variety of colours. Certain editions were released in the same year to different department stores, film shops, and geographical areas - for example, a white version with a green button was released in the UK and called the Land Camera 1000, which featured a different flash - later re-released in America with a red button, but otherwise identical. Other versions - the Pronto, Arqus, Pronto Sears Special, Pronto B, and Nissin, all boasted different features (fixed apertures, different focal lengths, different min/max distance, slimmed-down pocket designs) with a similar case design, in brown and silver. This camera line was superceded by the Land Camera SuperColour, Polasonic, "The Button", and Revue lines in late 1976, into 1977. The easiest way to tell if it's a 1970s or a 1980s Polaroid camera is to look at the lens - if the lens is sunken and less customisable, it's likely a 1980s model. Also because it probably comes in a cute pastel palette and/or silver and black. The OneStep line was revived in the early 2000s as part of their 600 line. Okay, enough with my increasingly alarming levels of knowledge about instant cameras we get it Jeb nobody has ever let you talk about them for this long before.
Collapse