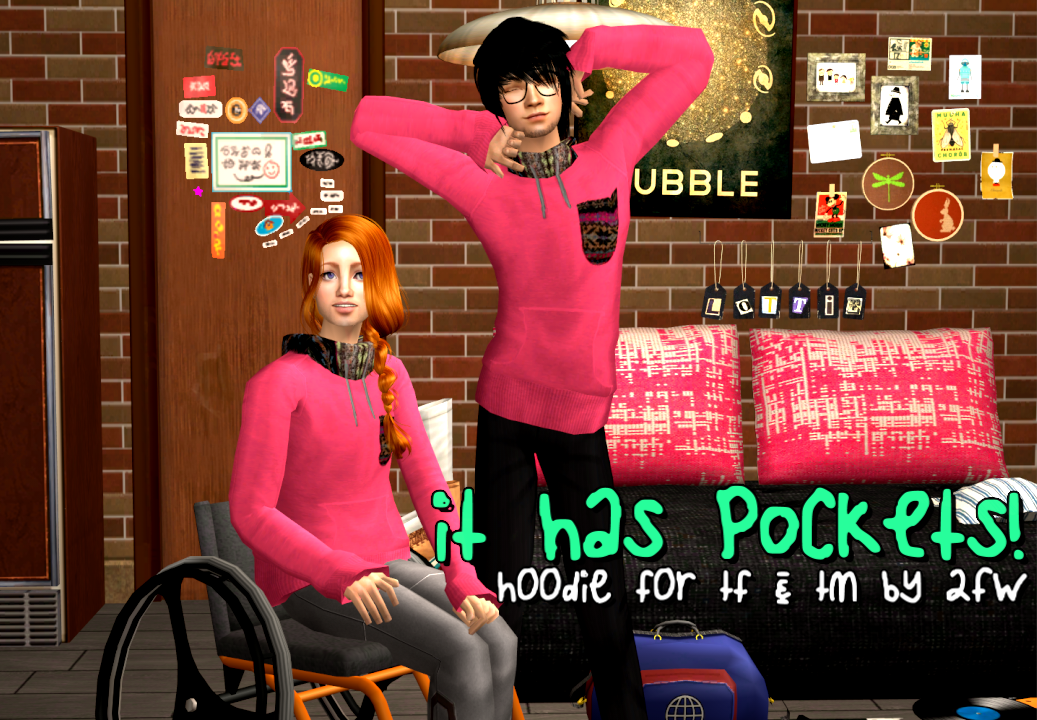 Today I bring you a simple, one-colour hoodie for TF & TM. It has pockets. 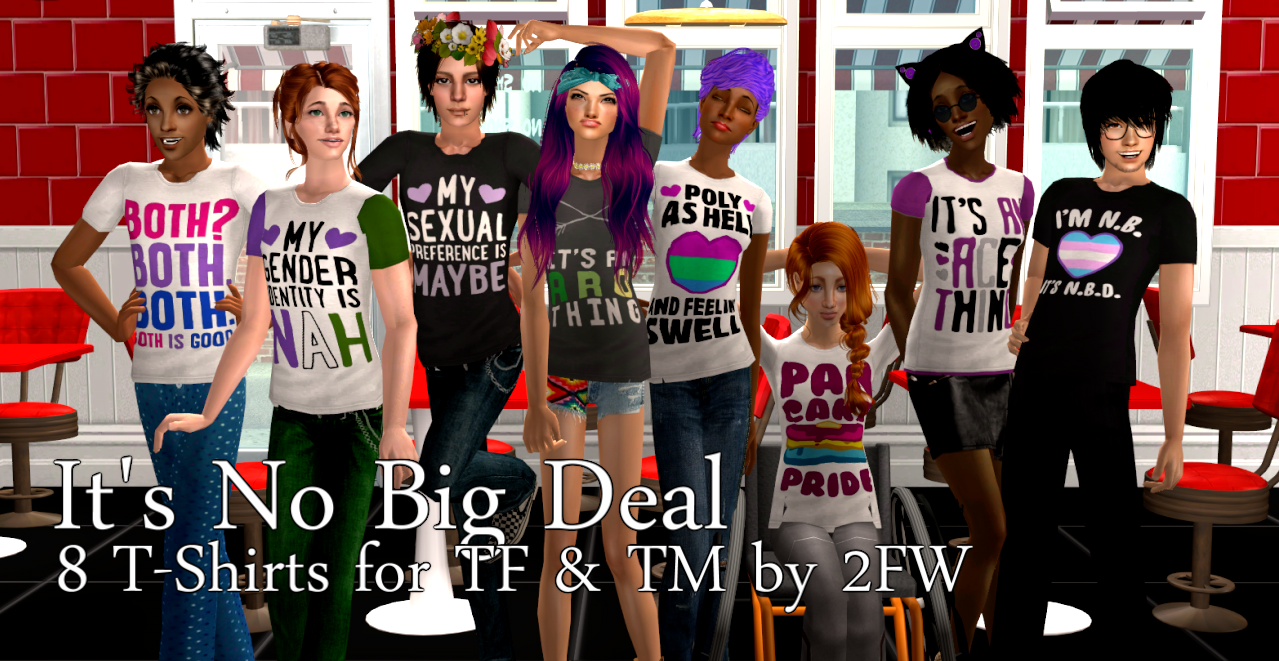 Today, I also bring you some TF & TM shirts for the more "invisible" sexualities, romantic orientations, and gender identities. This was important for me to make as I have some characters who DEFINITELY need this, as well as some people I know whose characters are gonna be rockin' them soon too. And yes, as a pansexual, yes, the pancake shirt tempted me. ;)

Some of these you may not have even heard of, so let me list them, as seen in this image, left to right: 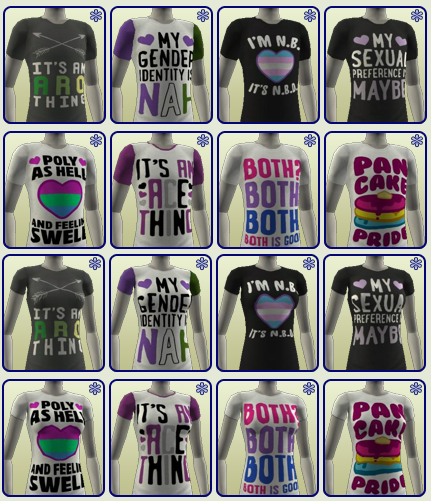 *(Not the same as polyamorous, which is a relationship with more than two people involved.)
Collapse