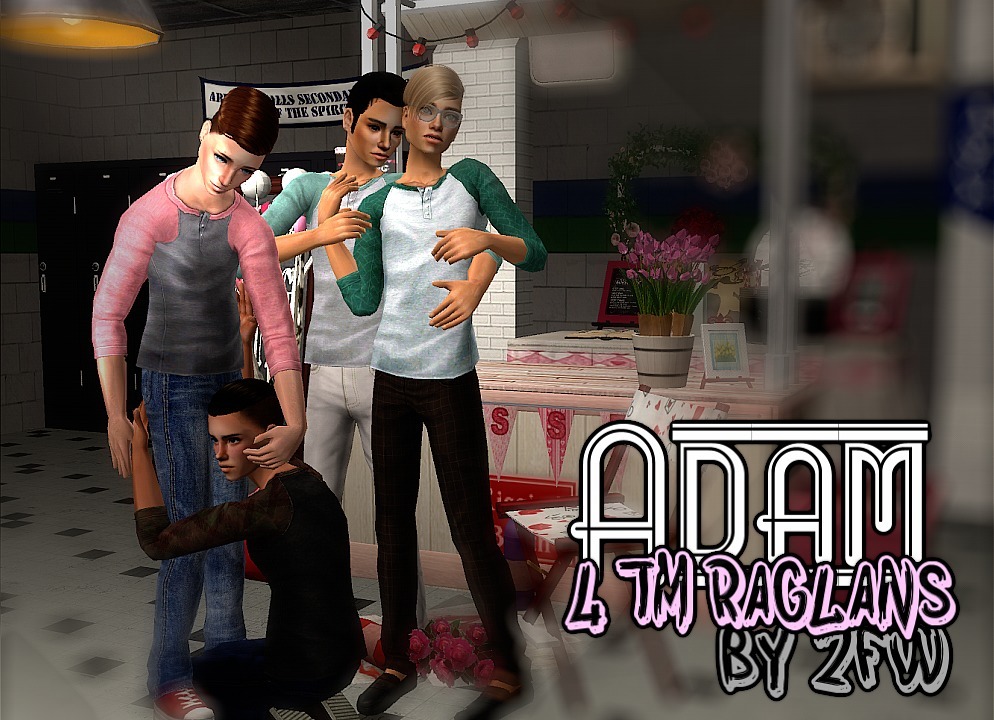 So, I made these about ten days ago, for a character I have named Adam Lear, and decided to share them after a rather tumultuous near-fortnight. These were inspired both by a shirt I see a lot in TV/movies, and an identical grey/black shirt my brother owns. I love the pink/grey shirt in real life and think it's adorable.

I didn't make the base textures, I just recoloured/tweaked them so thanks to eir-sims/misomoso-no for that. I hope I'm not like, violating any policies, as I think the shirt textures are from another creator and tweaked to death before that too? pleasedon'tkillme 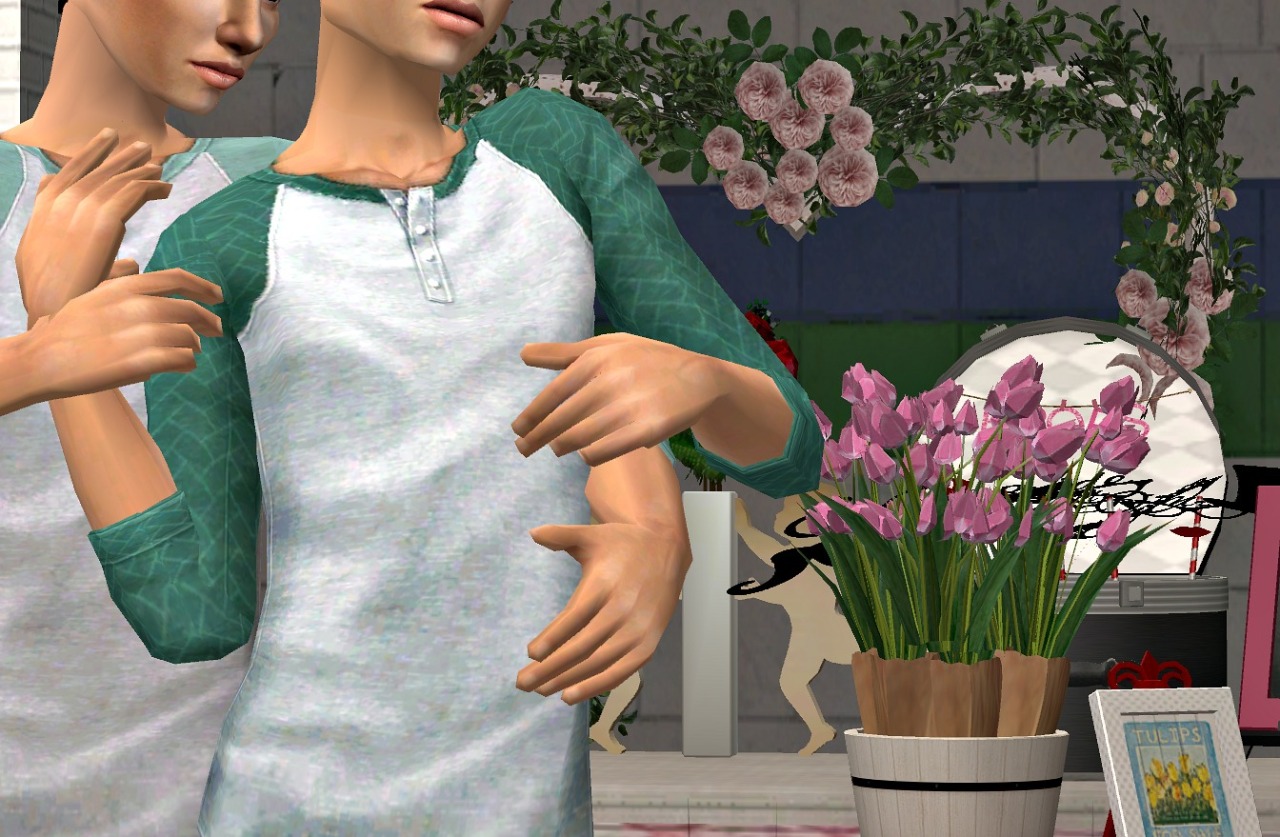 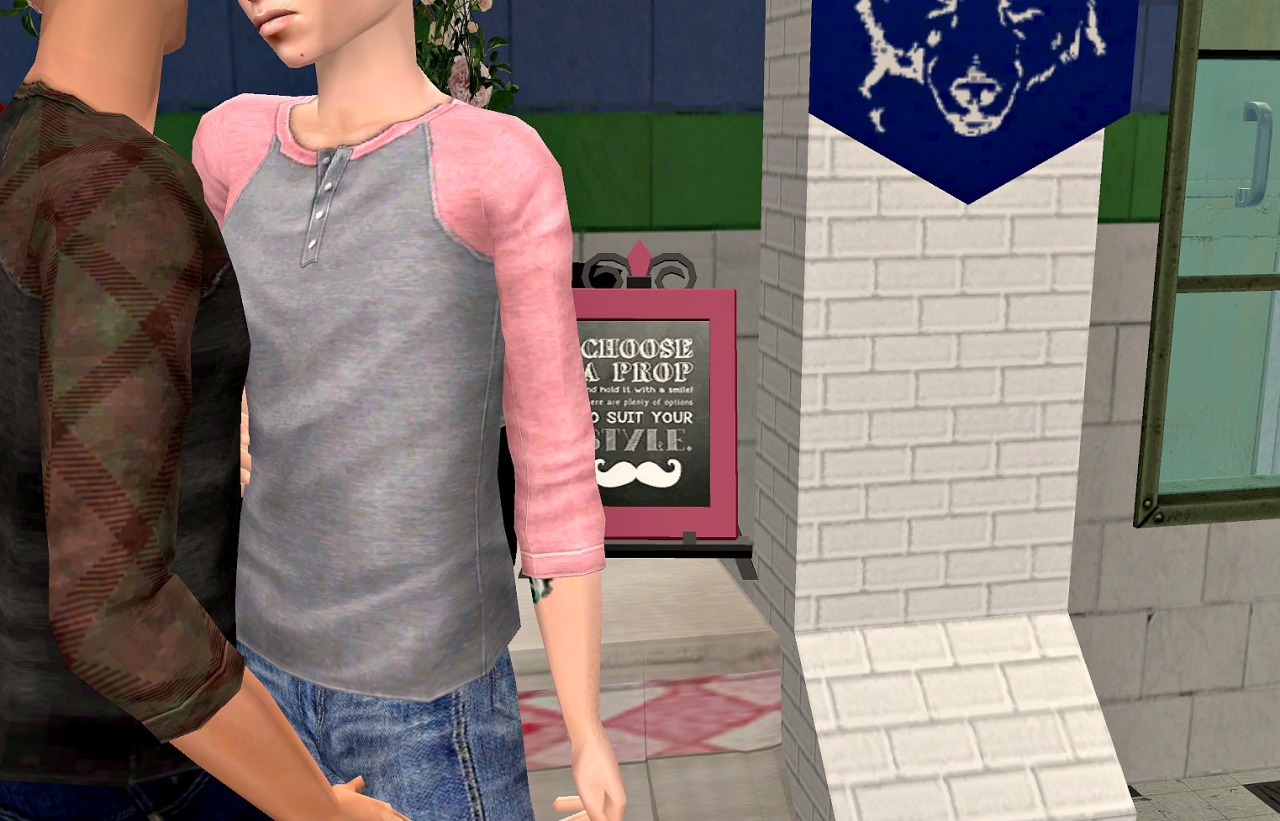 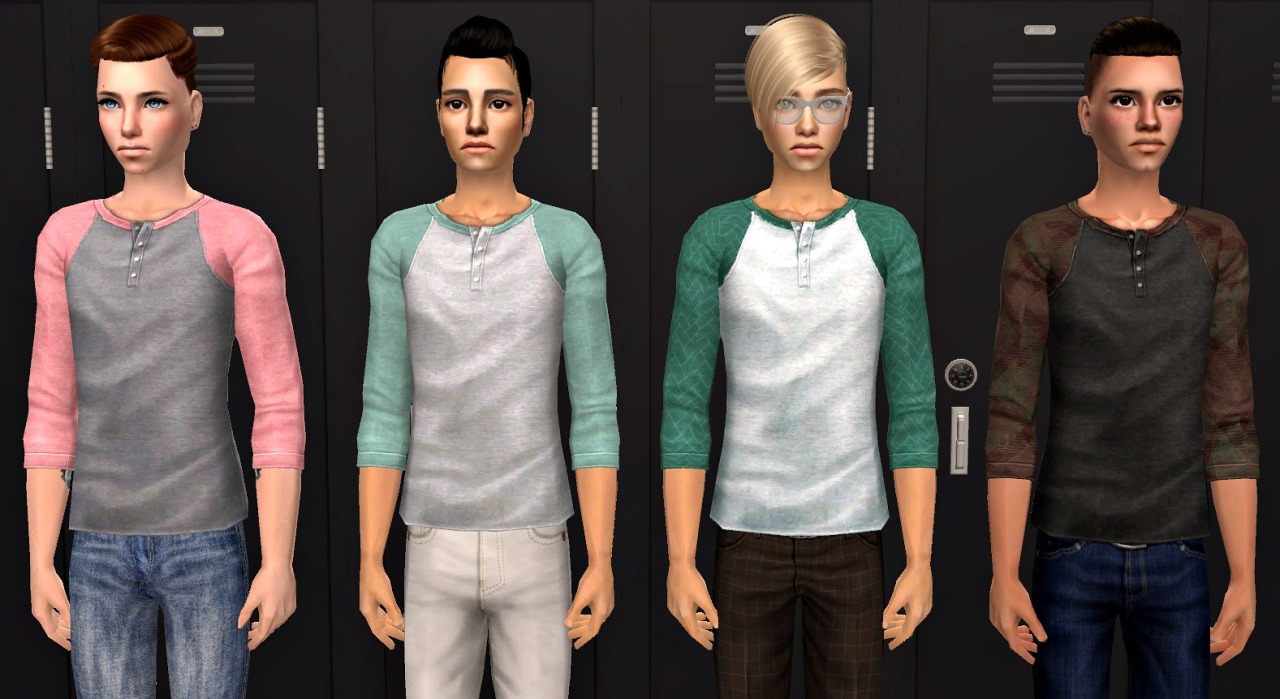